Could Your Thoughts Create an Earthquake?

At the time of the earthquake that rocked southern California on Easter – Deepak Chopra was meditating.

So what, you say?

He sent out a Tweet saying,” Had a powerful meditation just now – caused an earthquake in Southern California.”

Followed by another Tweet, “Was meditating on Shiva mantra and the earth began to shake. Sorry about that.”

It was funny, and of course no one took him seriously, but it made me curious as to how far reaching and powerful our thoughts might be?

A study I read about came to mind that involved Transcendental Meditation affecting crime rates. Studies conducted by the Institute of Science, Technology & Public Safety in 1993 showed that there was a significant decrease in crime rates in neighborhoods surrounding the location of  a Washington DC Transcendental Meditation center where TM meditators met weekly. The larger the group that gathered to meditate – the larger the drop in the crime rate was following the meeting.

Somehow the thoughts generated by these meditators had an effect on their environment. Granted it didn’t cause an earthquake, but the correlation between the nights the group meditated and decreases in crime were reviewed and agreed upon by numerous independent academics, criminologists and police personnel.

Another interesting phenomenon correlated to thoughts generated by humans was the  enormous change in the earth’s magnetic resonance recorded on September 11, 2001.

A few hours before the 9/11 attacks took place the machines monitoring the earth’s resonance spiked indicating that there was mass intuitive awareness of the horrible incidents that were about to happen.  The Global Coherence Project site reported that: Space weather satellites monitoring the earth’s geomagnetic field displayed a significant spike at the time of the September 11th attack and for several days thereafter, indicating the stress wave possibly caused by mass human emotion created modulations in the geomagnetic field. END_OF_DOCUMENT_TOKEN_TO_BE_REPLACED

Make a Date To Meet On The Astral Plane

Editor’s note: This is a guest post by Carol Lesh

Have you ever wanted to make amends with a friend, but were too upset to pick up the phone?

Or, have you experienced the agony of searching for a lost pet? Is there a loved one, or pet that has crossed over that you’d like to contact?

You can communicate with these friends, relatives and pets every time you fall asleep by traveling to the astral plane. The astral plane is the dimension where the soul exists when the earthly body dies.

We may think that when we’re sleeping we only sleep and dream, but actually, we do something more. We also go to the astral plane — a dimension where there’s no time or space, where we meet others on a soul-to-soul level. Being able to say things to specific people or animals is very simple. Just set an intention to see them on the astral.

Set the intention to travel to the astral plane 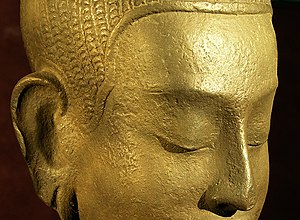