Crossing Over: What Happens When You Die?

Have you ever wondered what happens when you die?

Or, what it would be like to say good bye to your body and “cross over?”

Over 80 percent of the American population believes in life after death so, it’s likely that this question has crossed the minds of many. END_OF_DOCUMENT_TOKEN_TO_BE_REPLACED 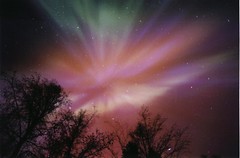 The evening of my father’s death  a dear friend and fellow medium, Andrea Attack, had spoken to  my father and  he told her that his crossing over had been a “fantastic ride.” Once I heard that – and that he was doing fine, among other messages, I was so relieved, but I wanted to know more about what he’d experienced. So, ever since I’ve been asking him, if possible, please show me. END_OF_DOCUMENT_TOKEN_TO_BE_REPLACED