Dream Interpretation & Nightmares – What’s Keeping You Up At Night? 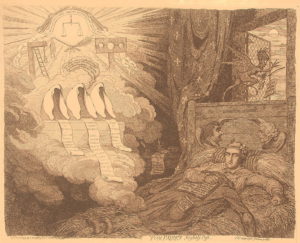 Are nightmares keeping you up at night?

Nightmares can actually be “wake-up calls” for us to address something in our lives.

Many times our dreams tell us things we already know but, may be afraid to face. If we persistently ignore a situation that needs our attention in our life our inner guidance or intuition may have to create a powerful dream such as a nightmare to get our attention.

Some solid dream interpretation could get your life back on track.

Years ago I had a dream that was very upsetting.  I actually woke up confused and not sure where I was – that’s how engrossing the nightmare was.

I’ve been analyzing my dreams since I was a teenager and although this one scared me, it was a fascinating insight into what I was feeling in my life.

After I calmed down and had a chance to analyze it I realized the nightmare was telling me that it was time for me to move out of a difficult living situation.

Here’s the nightmare I had:

I had escaped the clutches of a sadomasochist who had been holding me prisoner for years.
I was at a bus terminal and anxious to board the bus. I was giving my contact information to a woman who was going to contact the authorities about the lunatic who had been holding me prisoner but, she was writing really, really slow. I kept saying, “Please hurry please,” while I looked around for him.
I knew he was not far behind so the fact that this woman was taking so long was agonizing for me. I was so afraid that I could feel the fear in my stomach and it actually hurt. I was also aware that I was having a hard time breathing and that I was perspiring like mad.

Suddenly he appeared and took me by the arm and started to escort me out of the bus station. I was frantic to figure out a way to get away from him. I could not go back to living like a trapped animal.

I managed to wriggle out of his hold and ran over to the where the luggage was being put onto the bus. I grabbed hold of some grimy cardboard boxes held together with tape and gave them to the employee who was loading the luggage – apparently they were mine.

My captor came over to me. I could tell by the expression on his face that he was extremely angry.  I knew if I went home with him he would kill me.

Before he got hold of me I pretended that he was there to say goodbye and I kissed him – as if it were all very normal and then boarded the bus. I knew he wouldn’t make a scene in front of all those people. The terror I felt as I looked out of the bus window and saw his face was palpable.

I woke up and my heart was pounding out of my chest.

To understand a dream’s meaning go with the first interpretation that springs to mind.

I knew immediately that I was feeling trapped and even at times imprisoned by my living situation. I kept trying to pretend it was normal, when it really wasn’t.

I listed the emotions I had felt in the dream such as fear, terror, feeling trapped, frantic and agony. I had felt that I had little control over my life in that dream. The power was all in the hands of my torturer. I realized I’d been having these very same thoughts and emotions all along in my waking life.

Do not discount your dreams. If your dream is telling you that some situation in your life is out of control – seek help. There are times in our lives were we just can’t do it alone. We may need the support of friends and family or even professional counseling or intervention by law enforcement.

When your life is so out of control that your subconscious has to send you messages and warnings in dreams – it is time to make a new plan for your life.

Act on your plan

Create a timetable and list of steps you need to take and find away to relieve the pressure your nightmare is clearly telling you exists. Then – do it.

Have you had a nightmare? Did you understand the message or warning contained within it? What did you do about it?

P.S. To learn how to hear your inner guidance check out these books here.

25 Great Intuition Quotes
The Raven Who Spoke To God