Be Bodacious: Transform Your Life!

Champions are made from something they have deep inside them – a desire, a dream, a vision. –Muhammad Ali 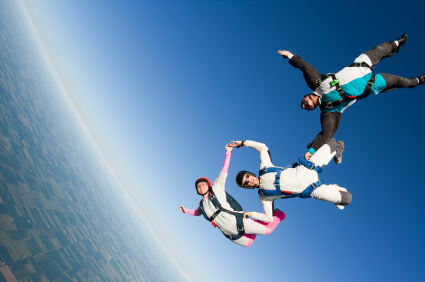 Once upon a time a young man had a bodacious dream about transforming his life.

To be a professional sportsman.

But it seemed just that; a dream.

He lived in subsidized housing, had no money and was very badly overweight.

Added to that his parents wanted him to get a ‘normal job’, and his teachers, family, and friends either laughed or told him to forget ever making his hopes come true.

He was on his own. So what did he do? He did it anyway, motivated himself, believed in his goal, and 8 years later his dream came true.

Today that man works as a Sports Motivator helping all sports people take their sports into dreamland.

I was ‘the little fat kid’ who had a sports dream.

To be a professional tennis coach and work in the tennis industry.

In between the laughter people said in no uncertain terms, “Forget it, you’ll never ever make it!”.

After all everyone reminded me that I was hopelessly overweight, had no money or many prospects of getting any to get lessons, buy a racket and kit, and nowhere to practice or anyone to practice with, meaning I wasn’t actually very good at tennis at all.

I seemingly had no chance

Worse still no-one supported me – Friends and schoolmates picked fun at the ‘Tennis Fat Man’, teachers scoffed saying I was acting silly and jeopardizing my future, and the Careers Advisory Service had never heard of such a thing.

The advice was to give it up. The world was against me, I was on my own!

“OK’” I thought flipping it on its head, ‘I will do it anyway, somehow, and show everyone that I can make my dream come true’.

So I did! I used the lack of belief in me as fuel and self-motivated my tennis fantasy into reality.

In under a decade of effort and determination I stood proud as a fully qualified professional tennis coach working as the head coach at the biggest club in the area and employed by the Lawn Tennis Association.

I HAD made it.

Give them fuel.
Ignite their imagination.
Inspire their performances.
Inject self-belief and passion.
Reconnect to their raw energy.
Go beyond what they currently achieve.
Break down obstacles..
..and smash ‘Can’t do, won’t do’ thinking.

So they can compete, and improve, step up, and win.

Like ‘the little fat kid’ did who is now the Sports Motivation Man proud of what he accomplished and his sports dream.

Listen to the interview I did with John about how he totally transformed his life and how you can too. Be prepare to be inspired!

Do you have a dream? What small steps can you take today toward initalizing your own bodacious transformation?

P.S. If you’re new here please don’t leave without subscribing to my newsletter to get all the updates and special offers and surprises!