How Does Vedic Astrology Differ From Western Astrology?

Vedic Astrology is gaining in popularity and with good reason. 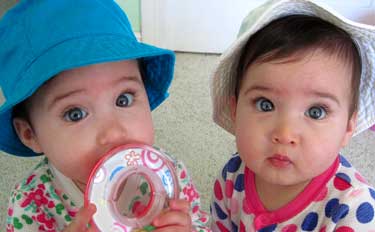 It originated in the East but followers of Western astrology are beginning to appreciate it for its interesting combination of strengths.

Vedic astrology has a strong spiritual essence yet, is best known for its remarkable predictive accuracy.

This makes it superlative for both inner and outer guidance.

The Ancient Science of Light

The Sanskrit name for Vedic astrology (also called Hindu or Indian astrology) is “Jyotish” which means “Science of Light”.

Its origins go back about 6,000 years to the heart of the Vedas (the ancient Hindu scriptures). It’s inseparable from Eastern spiritual philosophy and is tightly integrated with various Vedic sister sciences such as yoga, ayurveda (health) and vastu (environment).

Whereas Western astrology is usually used as an independent system, Jyotish integrates seamlessly into everyday life and aligns beautifully with a holistic mind-set.

So, what’s the difference between regular astrology and Jyotish? Are they merely twins separated at birth?

Not quite. Let’s delve further, shall we?

How Jyotish or Vedic Astrology Differs from Western Astrology

There are far too many differences than I can relay in one short article  so I’ve chosen a few of the main highlights that should be of interest to everyone. 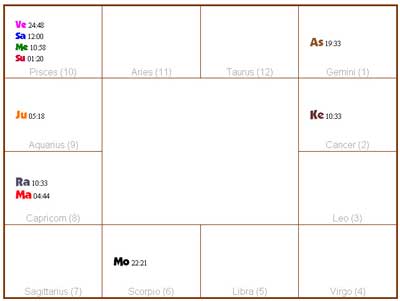 South Indian is easiest for non-astrologers to understand. Each square is a sign and house, and within it are the planets that were there. Pisces is always upper left, and whatever was rising becomes the first house (Asc). Houses then go clockwise, opposite a Western chart. 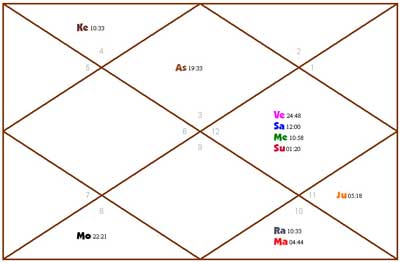 North Indian always shows the first house (and its sign number) at the top, and the signs’ locations shift accordingly. Houses go counter-clockwise.

Sidereal means star and is based on which stars or constellations the planets appear to be in from our perspective here on earth. (This is the zodiac astronomers use.)

Tropical is Sun-based and is determined by the seasons. Tropical defines 0° Aries as wherever the Sun is at the moment of March Equinox. The Sun’s position then becomes 0° Aries even though sidereally (as seen from Earth) it’s only about 7° into Pisces and still needs to travel 23° before it gets to 0° Aries.

Because the difference is slightly over 3/4 of one 30° sign, about 77% of us find that our planets (including our Sun) shift back a sign.

This can be alarming if you only know a little about Jyotish. But when you feel a strong resonance with your Sun sign, you likely have indicators in your Vedic chart that show those same energies. And the profound resonance you’ll feel with your Jyotish chart is well worth opening to.

But all that said, here’s the funny thing: In Jyotish, your Sun sign isn’t nearly so important. What was rising when you were born is much more significant, as is the location of your Moon.

3) Jyotish is primarily Moon based

The Moon is your perceptive mind, and how you perceive your world can define your actual experience even more than what you are perceiving.  So your Moon is of utmost importance, as are several powerful Moon-based features.

One is a set of 27 constellations called nakshatras. These are superimposed upon the familiar 12 signs, but they’re smaller. They’re sometimes called “Lunar Mansions” because the Moon travels through approximately one per day.

Nakshatras are rich in symbolism and are used extensively in analysis. They’re also used to find auspicious times and to choose names.

But their most important use is that your Moon’s exact location within a given nakshatra determines the beginning point of your dasa cycle.

Planetary periods, or dasas, are unique to Jyotish and are what give it its stellar reputation as a predictive form of astrology.

Depending on where your Moon was when you were born, you begin at a certain point in the 120-year dasa cycle in which the energy of each planet in turn is prominent in your life.

Right now, you are in the dasa of a certain planet, and that planet in your chart indicates what energies are activated. Then within that main dasa are nested dasas, allowing us to look at increasingly smaller cycles.

You definitely notice the shifts from dasa to dasa and they match your past with remarkable accuracy. Dasas are amazing at revealing when and how things change, and why.

Especially when used along with other techniques such as transits, dasas are a brilliant system of forecasting.

So it’s great to be able to see what’s coming, but then what?  What can you do about it?

The most practical feature of Jyotish has no correlation in Western astrology and is that of remedial measures, or upayas.

You can think of them as holistic “medicines” or therapies that help alleviate difficult situations or strengthen positive ones. The Vedic sister sciences mentioned earlier can act as holistic partners when choosing appropriate upayas.

They can take the form of lifestyle changes or the use of certain foods, colors, herbs, fragrances, activities, etc. Powerful upayas exist in the form of mantras and yantras (visual mantras) or planetary pujas or yagyas (sacred ceremonies).

But the most popular upaya is the wearing of Vedic gemstones. Each planet rules one precious and several semi-precious gems. They’re based on subtle vibration and are different than Western birth-stones.

Just like powerful drugs, some upayas can cause harm if used incorrectly so it’s important that they be prescribed by a qualified Jyotishi.

I’ve only been able to touch on the tip of the iceberg here. Even if you got a basic Jyotish reading, you’d easily notice the benefit of several more outstanding features.

But I surely don’t want to leave you unsatisfied. Are you an astrologer? Or do you want more technical information?

I’ve written a companion article: 18 More Differences That Make Vedic Astrology Shine explaining even more differences such as the revealing use of yogas, question charts and omens, and other unique features. It also includes a limited-time chart offer that I added especially with you in mind. Do pop by and check it out.

Questions for Patti? How would you feel if you knew your Sun sign changed? What part of Vedic astrology stands out the most as compared to Western style astrology?

If you enjoyed this article please share it on Facebook, Twitter and G+1. Thank you for your support of PbI! I’m so grateful to you. Angela

P.S. Don’t leave without your free gift! Subscribe to my  Newsletter and receive a copy of my book: The Intuition Primer. 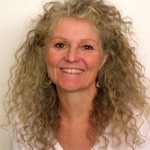 Patti Foy is a certified Vedic Astrologer and has been practicing Vedic astrology (Jyotish) professionally since 1998. She’s an accredited Teacher and Tutor for both the American College of Vedic Astrology and the Council of Vedic Astrology where she received the title of Jyotish Visharada, CVA. You can contact her, read more of her articles, and access her intuitive guidance and transformational services (including but not limited to Jyotish) at her blog Lightspirited Being.

Intuition vs. Ego, Whose Voice is In Your Head?
Finally, a No Nonsense Guide to Energy Work