This is a guest post by Debbie Hampton for Powered by Intuition.

There are generally two types of people in the world when it comes to decision making. 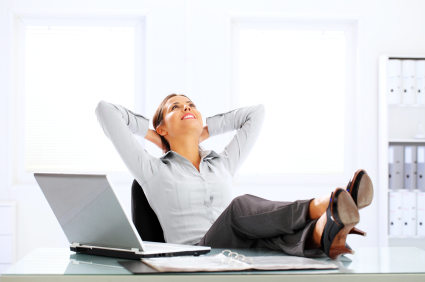 The first takes the time to gather information, evaluates and analyzes several options, and, subsequently, makes a decision backed up by sound methodology and reasoning which makes sense to them. The other type, of which I tend to be included, makes decisions based on little information with reasoning that goes along the lines of “It just feels right.”

More Information + More Time = Better Decisions?
Gathering more information and taking the time to make calm, careful decisions is better, right? Not always. There is an implicit belief in our society that more information is better. This is supported by basic economic theories.

Economist do concede and make the exception that this is not true when the information is not free. The general rule is, according to economics, that more information is always better unless the costs of acquiring further information exceeds the anticipated gains from it.

In his book Gut Feelings, The Intelligence of The Unconscious, Gerd Gigerenzer posits that this is not true even when the information is free and that, while this does prove accurate in some cases, there is a range of situations in which less time, less information or fewer alternatives can actually lead to better decisions and outcomes.

In 2000, he asked 100 random pedestrians in Berlin to pick 50 stocks they recognized out of a list of 100. Taking the ten stocks most often chosen, he created a portfolio and submitted it to the investment magazine, Capital, to take part in a contest they were conducting.

More than 10,000 participants, including the editor-in-chief and professionals with sophisticated computer stock picking programs and insider information, submitted portfolios.

Even in the down market which followed, his portfolio, based solely on collective recognition, gained 2.5% and out performed 88% of all the portfolios submitted. The editor-in-chief of the magazine lost 18.5% on his portfolio.

In a second similar experiment, the results were almost identical. Given that some 70% of mutual funds perform below the market in any given year, these results were not totally surprising.

Unconscious Intelligence
These experiments illustrate the concept which he calls “a beneficial degree of ignorance” where a gut feeling can outperform a considerable amount of knowledge and information. He states that, oftentimes, we make decisions based on intuitive judgments which have a real basis in the unconscious mind.

This kind of unconscious intelligence has actually been identified to be located in the anterior frontomedian cortex of the brain by fMRI (functional magnetic resonance imaging) scans.

While the exact function of this area of the brain is still not specifically known, it is widely associated with unconscious intelligence. Such intuition is not impulsive, but is believed to be a form of unconscious evaluation and can be consciously over ruled.

When Too Much Thinking Can Be Deadly
Similarly, too much information and too much thinking can be detrimental – even deadly – in other cases. For example, imagine a marine on the front lines of combat in a war zone with bullets whizzing by and bombs exploding nearby. Trying to gather too much information here before acting could prove deadly. An airplane pilot could crash before they analyze multiple options and arrive at the best one in an emergency situation.

The gut feelings of trained professionals are based on unconscious skills which can be impeded by over deliberation. In such cases, thinking too much about the processes involved or utilizing more time, thought or attention can slow down and disrupt performance and, in some cases, prove deadly.

In the book, The Winner’s Brain, by Jeff Brown and Mark Fenske, they write:
New York City firefighters receive over 600 hours of training and a multitude of written exams before they are eligible for assignment. By the time they encounter their first fire, a lot of what they need to do is so practiced and ingrained they could practically perform their job in their sleep. …this is no different for FBI agents like Keith (650 hours of training), doctors (an average of 11 years), and many other professionals that call for performance under pressure.

Thinking Can Lose The Game
The same is true for experienced athletes. In his book, Gigerenzer tells of studies of novice and expert golfers. Under timed pressure, novice golfers, not surprisingly, performed worse while expert golfers actually did better when they had less time. With repetition and practice, motor skills become unconscious and are best when performed outside of conscious awareness.

For this reason, gymnasts, professional tennis and basketball players and many more put a lot of time in practicing; so they do not have to consciously think about everything in the moments when they need to perform at their best. They can just rely on the quick, intuitive decisions of their unconscious brains.

Permission To Stop Thinking
You do this too. Think of tying your shoes or riding a bike or driving a car. While learning, you need to consciously pay attention and concentrate on every detail. After that, having to consciously think of the steps involved would be detrimental to actually performing the task at hand.

Once some one is skilled at something, it is best to stop thinking.

Can you think of a time when it would have been better to “just stop thinking?” What happened? How would the outcome have changed had you stopped thinking?

P.S. Don’t forget to enter my Facebook promotion to win a free mediumship reading. (want to know what a mediumship reading is? click here) Just go to the Powered by Intuition FB page, “Like” the page and then leave a sentence on the wall saying you’d like to be entered in the promotion.  Click here to be taken to the FB page. 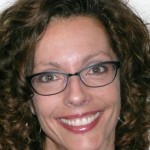 Debbie Hampton blogs at The Best Brain Possible. In June of 2007, Debbie had a global, acquired brain injury (ABI) resulting from a suicide attempt. She was seriously mentally impaired. Through practices such as neurofeedback and Brain State Technologies’ brain optimization she has made a remarkable recovery. By changing her thoughts and perception of life, she has changed her world and in turn, has changed her physical brain.

We have much more power to recover from a brain injury, improve our brain’s functioning, and to create our own happiness and reality with our brain than we ever knew. Neuroplasticity is the magic wand we all have. Debbie likes to share information about the tools to do this, the journeys she’s been on to accomplish this and to encourage others to embark upon their own  journey.

Face Your Fear and Do it Anyway
Still Feel Like An Outsider Looking In?

Leave a Reply to Tess The Bold Life Cancel reply