Crossing Over: What Happens When You Die?

Have you ever wondered what happens when you die? 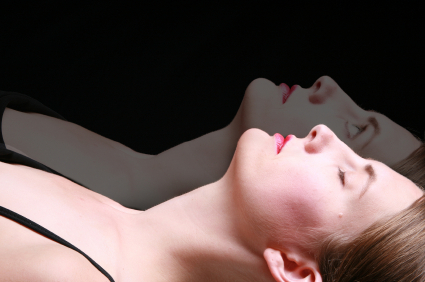 Or, what it would be like to say good bye to your body and “cross over?”

Over 80 percent of the American population believes in life after death so, it’s likely that this question has crossed the minds of many.

In recent years, numerous doctors have come forward to recount how patients recall what was going on in the operating room during the time patients were pronounced “clinically dead.”

Does our consciousness survive physical death?

For a person to return from a near death experience knowing what took place in the operating room while their brain had stopped functioning, “consciousness” has to survive apart from the body.

As a medium, I already believe this since hearing from those who’ve crossed over and shed their bodies permanently is what mediums do. I’m am eagerly awaiting the day science discovers a way to explain these communications with the next dimension in a laboratory setting.

Mediumship communication isn’t like what you see on television though, where the medium is bombarded on a daily basis by troubled souls needing help. In fact, it’s quite the opposite. I only “hear” from people’s loved ones on the day they’ve scheduled a reading.

Usually their messages are about still loving the people who were in their lives and reassuring them that they are still around and able to and have observed the big events, such as weddings and births that have taken place after they were gone.

Since mediumship communication is such a rare opportunity and one that spirits don’t get all that often, they won’t usually take up valuable time in the reading to expound on what it was like to die. After my father passed, he described his crossing over through a fellow medium simply as a “fantastic ride,” which made me even more curious.

Are out of body experiences similar to crossing over?

I don’t practice astral projection, or what is called “out of body travel” either – which I would imagine is the closest thing we could equate to “crossing over.” I have found myself out of my body on many occasions though, and it has always happened spontaneously.

One night, not long after my father passed, I lay in bed wondering if there were any way I could be shown what happens when we die. I assumed, if anything occurred at all, that I’d receive a clairvoyant vision of what my father had seen when he crossed over.

What happened next blew me away

No sooner had  I closed my eyes when I saw this unbelievably bright green phosphorescent light swirling and curving in an undulating wave across my eyelids from left to right.

Then another light came in from the other direction going right to left, but this time it was a phosphorescent pink and it too was arching and rolling around into a spiral.

After that came another light that was  bright gold and it too curved around into a spiral. Next came two other phosphorescent swirls of light, one  purple and the other blue.

Was I seeing the Northern Lights?

The first colored swirls undulated more slowly so, I was able to observe them in more detail. They reminded me a bit of photos I’d seen of the Northern Lights in Alaska.

After the first few though, the next set of colors and swirls came in so fast I couldn’t keep track of their colors and direction any longer. It was as if I was watching them being woven together to create something – what I didn’t know.

I suddenly became aware that I was hearing a buzzing, whirring or rushing sound as if I was flying in aircraft. It also seemed that I was seeing the growing mass of undulating lights right through my eyelids. I noticed that I was also “seeing” the walls and armoire across from my bed at the same time, yet I knew my eyes were closed.

Then my bedroom furniture and walls I had been seeing were no longer there and it appeared that I was somewhere out in the blackness of space. I also felt that I was no longer in my body but, having an out of body experience. I was only aware of what I was seeing and of a strong pulling sensation from my solar plexus and rushing sound.

Is it a tunnel or a wormhole to another dimension?

At this point the lights I’d been watching all flowed together and curved into a telescope shape that extended far into space. I  realized it was a tunnel. Or, perhaps it what astro-physicists might call a wormhole?

It seemed as if I’d been watching this all happen from a great distance but once the lights formed into this “tunnel” I started moving toward it, or rather was pulled toward it, at an incredible speed. At the rate I was moving all the lights or stars in the blackness I was passing blurred into streaks as I passed them.

I lost all awareness of my body. The mouth of this luminous tunnel got larger and larger as I hurdled through space toward it at what felt like the speed of light.

At the moment I arrived  at the entrance to the tunnel it dawned on me that I couldn’t go any further. My sense was that the tunnel was an entrance to another dimension.

I “knew” instantly that entering the tunnel was reserved for those who were leaving the physical dimension behind forever– and in that instant I was flung back down and back into my body. I felt as if I’d been dropped onto my bed from a great height.

The moment ‘my spirit self’ hit the bed I felt the jolt in my body and everything disappeared. I could no longer see the lights or the tunnel. They had vanished.

I opened my eyes and realized my heart was pounding and that I was breathing very quickly. I looked around. Everything looked completely normal in my bedroom. I reached for the pad on my nightstand and recorded every detail of my “journey.”

I wished I could have gone through the tunnel to see what was on the “other side.” It was that amazing. My words here don’t do justice to what I experienced at all.

Making sense of an out of body experience

As I said, I have experienced astral projection before and the sense that I was separated from my body and traveling at a great speed through the darkness of space. I have never seen anything like those lights that formed into the tunnel before though.

I feel that I was shown what it’s like to be pulled toward the spiritual dimension. I guess the only way I’ll ever know if this was accurate is to make the final journey myself. I’m not ready to that yet so, the jury will have to remain in deliberations until that day arrives.

If you enjoyed this post please show your support by sharing on Twitter, FB or Google+1. Thank you!

P.S. Learn how to develop your intuition. Click here to check out my book, “The Intuition Principle.”