Unlock the Power of Zen Meditation to Enrich Your Life

This is a guest post for Powered by Intuition by Alexis Bonari. 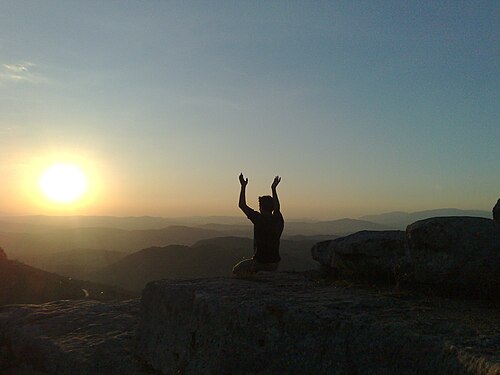 I have to admit, I’ve never been a real spiritual person. Sure I grew up going to church, and not just going to church but going every Sunday. I was an altar girl, and active in the church youth group, and I always enjoyed those community aspects.

The problem was, that deep down inside I never really believed all of it, upon learning who the pope was I immediately rejected the idea that any single one person was closer to God than anybody else. I guess I just wasn’t cut out for Catholicism, and in my teenage years I set it aside and forgot about spirituality altogether.

Years later I had an epiphany, and like a lot of people who have epiphanies I had been going through a bit of a rough time. I was in the military, serving on board a submarine. The first year hadn’t seemed too bad to me, kind of like camping out I thought. But after that it started to get to me. The lack of things we normally take for granted like sunshine and fresh air were a commodity I no longer had access to, and the malignant atmosphere in the boat forced me to seek some kind of refuge.

In our off-time we didn’t have many places to go, there was no lounge or any other rooms to get comfy and play board games, cards, or something like that. So I found a little niche among some switchboard equipment and spent my time sitting there on the cold steel floor, surrounded by machinery gray equipment humming with the sound of electricity.

I sat there and I began to do something I hadn’t done in years – read books. I didn’t really know a whole lot about books, nor did I even have a particular subject I was interested in, I would simply just pick up any books that sounded good to me. While there are more than just a couple of them that still stand out to me, perhaps the one that had the largest impact on my thinking was The Tibetan Book of the Dead.

Although I had heard people talk about meditation before, albeit briefly, I was completely oblivious to what it was or its connection to spirituality. Honestly, upon my first read through The Tibetan Book of the Dead I was pretty much just completely confused by the work.

It would take me a number of years, and talking to others before I really understood how learning about enlightenment could apply to my waking life, but it eventually did. What’s more important was the process it took me to get there, I began to read other more basic texts and a couple of them along the way discussed Zen meditation.

I decided to give it a try. I hunkered down in my little hiding hole and began sitting in a half-lotus position, concentrating on purging my mind of all thoughts. It was difficult at first, and it seemed like I could never get my brain to shut off.

The Breakthrough at Bluff Point

I finally had a breakthrough while jogging along the New England coast. It was a nice little jog that I liked to take periodically during our time in port, out along a reed lined sound to the coast and back. That day I looked at the black boulders along that North Atlantic Sea and decided to sit down on one and have a meditation session before heading back.

As I looked out over that gray water which at the horizon seemed to diffuse into the grayness of the sky above, and I began to lose all sense of myself in the singular sense. It was in that moment that I had that first clarity of mind, and afterward I came to understand the power of Zen.

Taking this underway with me, I was able to reproduce this peaceful state and find some respite from all the awfulness. It gave me the fortitude to complete my duty honorably and to this day helps to provide me with a peaceful perspective. It keeps me grounded when I’m faced with the seemingly innumerable sources of pain and stress that stem from modern life.

Some Tips for Reaching a State of Zen

Based on this experience, I’d like to just share a couple tips to help others struggling to reach a similar meditative state:

Don’t mistake a clear mind for a lack of focus

Pick an appropriate scene to focus on that you find calming, such as an abstract painting.

Begin not by concentrating on the image of your focus, but your interconnectedness with it.

Expect Zen to be a learning process and don’t become frustrated if you don’t “get it” at first.

Have you practiced Zen meditation, or any other meditation? What were the benefits to you? Did others notice a change in you?

P.S. If you’re visiting for the first time – don’t forget to download your free gift – my ebook: The Intuition Primer.

Alexis Bonari is currently a resident blogger at College Scholarships, where recently she’s been researching unsubsidized student loans as well as medical condition scholarships. Whenever this work at home mom gets some free time she enjoys doing yoga, cooking with the freshest organic in-season fare, and practicing the art of coupon clipping.

Why Do We Resist Our True Calling?
Troubleshooting: The 9 Biggest Blocks to Intuition

Leave a Reply to Nor Aziah Cancel reply