A Simple Story About The Power of Kindness

Kindness is a powerful change agent. 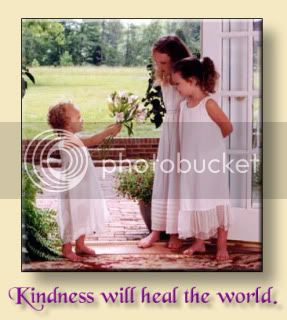 And can touch someone so deeply that it becomes the catalyst for opening up their heart.

When I first entered banking we used messengers to deliver the daily work to the main operations center.

Each day this sour old man named Carl came to pick up our documents. He never smiled or said hello. He seemed to hate the world. He glared at us and we all glared back at him.

One day I decided I would be begin to be very nice to Carl to see if I could “crack” him. It started as a challenge, but after a couple weeks he began to change. At first only I noticed, but soon the whole office was aware of it too.

I began by greeting Carl very warmly each day when he arrived. Initially, he was annoyed by this since my calling him by name and saying hello meant he’d have to respond to me. But it didn’t take long before he didn’t seem to mind at all.

Carl began to smile and acknowledge us when he came in. He’d stop by my desk when he first arrived to chit chat and say hello to me personally. It became his daily habit.

Carl started to open up. Each day he’d reveal a bit more about his life to me. Over time I learned that he was a widower and that his only child had died too. He had no brothers or sisters and no other family.

Carl approached the world as an angry man, but deep down he really was just very sad and lonely. No wonder he glared at the world! It was his way of dealing with his pain.

I can’t say Carl became a darling because of this, but I can say he changed for the better and it was a change noticed by all.

I learned a valuable life lesson that year about the power of simple kindness.

I was raised to be kind to others to look for ways to help when I could. But, this was the first time I’d actively used “kindness” in this way.

I came to understand that soft and gentle ways of dealing with others were much more effective than hard-nosed aggressive tactics. No matter how someone appeared on the outside I knew that inside they just wanted to be liked and valued and to have others take an interest in them. This approach served me well as my career advanced and I began managing larger groups of people.

After seeing how Carl’s heart had opened, I never took the power of simple kindness for granted again. I don’t know what ever became of Carl, but I like to think that feeling valued by our office helped him find some happiness in his life.

I believe kindness to be the touchstone for many other qualities that we value. If we’re kind we’re more apt to be compassionate, considerate, supportive and generous towards others too. Focusing on kindness might inspire more kindness which could even foster a culture of kindness – what a concept. It’s worth trying as far as I’m concerned.

Why not throw your “pebble” in the pond today and see how far the rings travel? You just might find that your kindness made a difference in someone’s life.

Have you ever gone out of your way to be kind to someone who didn’t seem to appreciate it? What happened? Do you think it was a worthwhile effort on your part?

This post is part of the 31 days of Kindness project initiated by Alex Blackwell of The Bridgmaker. Visit Alex at The Bridgemaker to read all the inspiring articles on the power of kindness and to download the free book: A Manifesto for Making Kindness a Daily Habit.

The Miracle That is Sahaja Yoga Meditation
A Guide to Peace, Love & Connection