The Amazing Benefits of Laughter Yoga

He deserves Paradise who makes his companions laugh.
–Anonymous 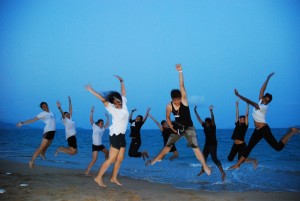 Laughter is a universal language.

Little is lost in translation and there are no cultural, ethnic, or religious boundaries.

Rarely, however, do we laugh out of pure joy as do children on swing sets or skydivers jumping out of planes.

Most of our laughter today is triggered by a joke or humor of some kind, and sometimes something bitter and not funny at all.

The beginning of laughter

If anyone in a laughter yoga class smirks or pretends to give a little giggle for the sake of the teacher, it never takes long before they begin laughing—uncontrollably, inexplicably, and with pure joy—from their very hearts.

Laughter yoga was conceived by Indian guru Jiten Kohi and popularized as an exercise and peace-building routine by Indian physician Madan Kataria.

Kataria’s book, Laugh for No Reason, has caused a small and seemingly silly movement in recreational parks in India to swell to a global phenomenon 6,000 Social Laughter Clubs strong in over 60 countries.

The benefits of laughter

Kataria asserts that anyone can laugh for no reason.  In fact, the human body cannot distinguish between sincere and fake laughter; the body and the mind benefit from both.

In this way, laughter yoga sessions begin without humor, without jokes, and instead with forced giggles and childish playfulness.  This fake laughter quickly becomes real.

Kataria’s yoga combines unconditional laughter (laughing for no reason) with yogic breathing from the diaphragm (Pranayama).

Students do not adhere to traditional asanas and instead maintain eye contact with each other to feel connected as well as to trigger laughter.

Western and Eastern medicine have said for some time now: laughter is the best medicine and luckily far more contagious than any sniffle or pox.  If this is true, we are all the richer for laughter yoga’s spread across the world.

Given all of these benefits laughter for both the well and the weak, Kataria as well as members of laughter yoga clubs aim to spread good health, joy, and world peace through this universal language.

Have you ever participated in a laughter yoga class? Would you try laughter yoga? Which benefit appeals to you the most? 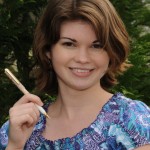 Maria Rainier is a freelance writer and blog junkie. She is currently a resident blogger at First in Education, where she’s been performing gender wage gap research as related to the highest paying college degrees. In her spare time, she enjoys square-foot gardening, swimming, and avoiding her laptop.