It’s time to spread those luscious links of knowledge again. 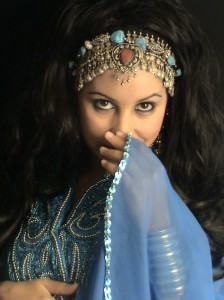 My collection of links to fascinating articles on Intuition, Meditation and Creativity are ripe and ready for picking.

One of my favorite links in this collection is about how our bodies’ intelligence registers future events long before we’re consciously aware of them. Studies using volunteer gamblers showed that changes in bodily responses indicated that the body was aware and registering the winning deck of cards before the participants could know the outcome.

Once we learn to “read” the signals from our body we can tap into our intuitive intelligence to gather more information about any situation we face in our lives. Having more information will lead us to make better decisions and lead better lives. What could be more useful?

I hope you enjoy the links and find them as fascinating as I did.

Psychology professor at Cornell has his findings on precognition published in a scientific journal. After 8 years of study professor’s experiments with students show that they were able to predict correctly 53 percent of the time.

You can learn to be a “mentalist” like the character on the TV show: Increase your brainpower, or learn if someone is lying or telling the truth, and improve memory – all of these things can be accomplished by anyone, says renowned magician and mentalist Simon Winthrop.

Scientific study done using volunteer gamblers confirmed previous observations that bodily responses signal new knowledge (such as the identity of a profitable deck of cards) before players are consciously aware of it.

You can change your brain structure: Researchers have found 8-weeks of mindfulness meditation may induce lasting changes in brain structure, improving emotional regulation, cognition and empathy

Meditation helps boost memory: Participants spending an average of 27 minutes each day meditating showed increased gray matter density in the hippocampus, known to be important for learning and memory, and in structures associated with self awareness, compassion and introspection.

Regular meditation shrinks part of brain responsible governing anxiety and stress. Just 28 hours of meditation spread out over 8 weeks was enough to decrease the density of the amygdala.

A cap that stimulates creativity: Scientists are developing a ‘thinking cap’ that could turn that could unlock the amazing potential of the human brain.

Lowering inhibitions may increase creativity: Scientist studying the effects of improvising lyrics on musician’s brains found that it decreased inhibitions by slowing down the activity in a region of the brain known as the dorsolateral prefrontal cortex.

Innovation gap exists in the perception of US youth aged 16 – 25: Many young women and men considering themselves to be “creative” do not also perceive themselves as inventive. Lack of innovation will negatively impact growth of US economy.

Which one of these links did you find most interesting? Were you upset as I was about the “innovation gap?” Will you be trying some free form riffing to get your creativity stoked?