Develop Your Intuition: It Could Save Your Health 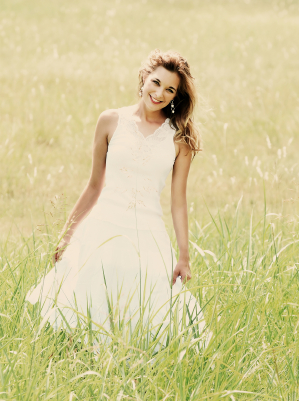 Not too long ago I had my first bone density test.

I wasn’t worried. I take vitamins and exercise, so I thought nothing of it.

When my gynecologist’s office called and wanted to schedule a consultation after the test, I was annoyed. Why did I have go to her office? Why couldn’t she just give me the results over the phone?

The reason she wanted me to come in was to tell me that my bone density test was showing early signs of osteopenia, a precursor of full blown osteoporosis. I was shocked! How could this happen to me? I’m too young, I thought.

“It’s a normal part of the aging process,” my doctor said matter-of-factly while scribbling something on a prescription pad.

Huh? What’s she talking about, I heard myself thinking….aging process? Me?

My doctor told me not to worry about it too much. She said I should step up my resistance exercise, take a calcium pill everyday, and take the bone building medicine she was about to prescribe.

I left the office feeling very deflated. Is this how age sneaks up you, I thought? One day you feel young and there’s a bounce in your step, and then the next thing you know your bones are Swiss cheese, and then you’re waiting for a hip replacement? Hearing I was “old,” when in fact I’d just barely passed my mid-forties had stunned me. Then, to be told to just accept it, completely undermined my confidence and made me feel weak and vulnerable.

I guess she knows what she’s talking about, I thought as I pulled into the drug store parking lot feeling quite defeated. I walked in, prescription in hand, and headed to the back of the store to drop it off with the pharmacist.

As I approached the counter, I heard, “STOP!” I froze and looked around to see who had said this. As far as I could tell there was no one calling me from within the store.

I was about a foot from the counter and the pharmacy assistant watched me impatiently as I just stood there.

“Can I help you,” she said trying to coax me into taking the extra step to the counter.

In that split second when I’d heard, “STOP,” and looked around I’d realized it was my intuition telling me – not to fill the prescription.

I left the store, and when I got home not only did I read any and all information pertaining to bone loss drugs but, I also began a huge Internet search for the things that could cause bone loss in women. After about a week of research I felt that I knew what had been happening to my body.

A week later, I was in my regular physician’s office insisting on a battery of tests. The doctor tried to tell me that I should have filled my gynecologist’s prescription and that my theories were unsubstantiated, but I stood my ground. I basically said, rather uncharacteristically for me, “Do it, or I’m changing doctors.”

A week later the doctor’s nurse called with the results of the tests I’d insisted upon. It turns out I was dangerously deficient in Vitamin D, which after researching the symptoms I’d been sure was part of my problem. I was given a prescription of 50,000 units of Vitamin D to be taken weekly for three months. I also had raised levels of a certain marker indicating I had a gluten intolerance, just as I’d suspected. Luckily, I didn’t have a full blown case of Celiac disease, which is a gluten intolerance so severe that it can be fatal.

What had been happening to me was that in the course of eating what I thought was a very healthy diet packed with whole grains, my intestines had become so inflamed from the gluten that they weren’t able to absorb the nutrition in the food I’d been eating. I became Vitamin D deficient. Without Vitamin D your body doesn’t absorb calcium well. With little to no calcium being absorbed into my bloodstream, my body began to draw on my bones to get the required amount needed to sustain me, and that caused my bone loss.

It took over a year for my Vitamin D levels to rise enough to go off the prescription. During that time I stopped eating all gluten products and began taking a high dosage of calcium citrate, which is the most easily absorbed form of calcium, along with Vitamin K, which is needed to absorb calcium. I continue to take a high dosage of Vitamin D each day on my own to keep my levels high.

When I went back for another bone density test earlier this year – the bone loss had stopped. I was elated! It hadn’t gotten better, but it hadn’t gotten worse either.

All this because I’d listened to my intuition. Intuition can take many forms, and comes to each of us differently at different times. In this case, I literally heard it.

By the way, after reading about the horrible side effects of those bone loss drugs I’m so glad I didn’t fill that prescription. Even if the chances were slim that I just might get necrosis of the jawbone, or thighbones that snap like twigs when I walked, I wasn’t too inclined to take that chance.

So, listen to your intuitive voice – it could save your health. In my case it saved my bones, and maybe even my jaw and my thigh bones too.

For Spiritual Growth - Keep it Simple
Hey! There's a Face in That Orb!