Do You Speak Intuition? How to Crack The Intuition Code 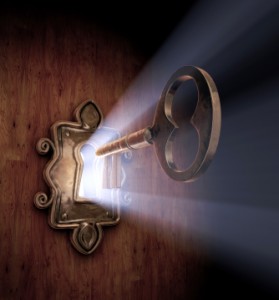 Getting an intuitive message only takes a split second, but missing one and dealing with the mess of an unheeded warning can take much longer to fix.

Read my previous post to see just how disastrous it can be to ignore your intuition.

To decipher the messages you need the keys that unlock this secret language. Once you have the code down – you will be amazed by the number of intuitive messages you receive on a daily basis.

The other morning the first image that sprang to mind was not from a dream, but a memory of a segment on the evening news from a week ago. A woman whose electricity went out due to a heavy snow storm was interviewed and stated that her family was lucky because they had a wood-burning stove in the house, so they weren’t freezing like her neighbors were. My first thought was, I’m lucky too at least if my heat went out I could use my fireplace.

When I got downstairs I turned the thermostat up and then dove into my morning routine. An hour later I realized the heat hadn’t come on. After checking to see if the pilot was lit – it was – I concluded I’d have to call the gas company. Luckily, the technician came by early afternoon and the repair was a simple one – a faulty wire. I was very grateful.

Intuition may speak through a picture or image

I started thinking about the image of the woman whose electricity was out and realized it had been my intuition preparing me for having no heat. The thought I had afterward comparing my fireplace to her having a wood burning stove had foretold that all would be well. It got me thinking about the many ways our intuition communicates with us.

I realized that intuition has its own language. To crack the intuition code you need to be aware of all the ways intuition transmits information. Here are some of the way my intuition communicates with me.

Five ways intuition speaks to us

1. Physical. You get a gut feeling. The feeling in your gut can be fearful, nervous, anxious, cautious, hesitant, or just a feeling that something is about to happen – yet you don’t know what. When IT happens – the feeling subsides. I’ve also experienced it as a feeling of nausea and bouts of yawning too.

2. Cerebral. It feels as though a thought has touched down out of no where into your mind. It can also be experienced as a nagging thought that won’t go away. And, sometimes it’s when you know that you know something, but you can’t explain how or why you know it. It can also come as a flash of insight, or  can take the form of an image or symbol in the mind’s eye.

3. Empathic. Picking up on the emotions of others and feeling that emotion yourself. It can also be feeling the pain others experience in your own body. It can also come in the form of taking an immediate liking to a person, or a dislike for that matter. It’s an instinct you have about someone.

4. Signs and affirmations. Things like missing the train to work only to find out later that there was a huge problem with the railways and all the trains stopped running for hours. Or considering a job change with a company you’re nervous about and then seeing an article on the front page of the paper, or hearing a report about them on the radio stating that this company is rated on of the top ten to work for.

5. Hearing The Voice. This may occur less frequently but it does happen. You’ve been trying to solve a problem and thinking about it over and over. Suddenly, you hear a voice that seems loud enough to have been heard by others, but judging from their faces no one heard it but you. It came from within you mind but it wasn’t in your own voice and it had the exact answer you’d been searching for. “Go for that job!,” etc.

Start paying attention and looking for these encoded message – because believe me you are getting them! You’re just not aware until you focus and tune in.

These are the most common ways our intuition speaks to us. It isn’t a definitive list by any means. If you have experienced something different don’t discount it. Intuition works uniquely for each of us.

Have you heard the voice of your intuition lately? What form did it take? I’d be very interested to hear of other ways intuition communicates to us, so please do share.

What Happens When you Ignore Intuition? Don't Make this Mistake.
Never Miss an Opportunity Again! Learn To Listen to Your Intuition.