What Happens When you Ignore Intuition? Don’t Make this Mistake.

Have you ever experienced that awful sinking feeling in your gut the moment you realize you’ve made a mistake?

I have, and just recently too. 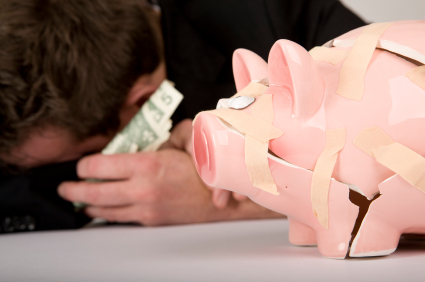 You find yourself in a pickle

I came home around 11 o’clock on a Sunday evening to find that I was locked out. The minute I began fishing through my purse I remembered that I’d left my house keys on the dining room table. No problem. I keep a spare key to the back door in my wallet. I took the key out of my change purse and inserted it in the back door lock, but the door wouldn’t budge.

A mess of my own making

And then it hit me – I’d forgotten that I wedged a sturdy piece of wood under the door handle sealing the door to keep out the cold. My back door key was of no use and I didn’t have a key to the front door. It also occurred to me that before leaving I’d had a brief thought about taking the wood out but decided against it. Ugh! Now what?

I called my sister to see if I’d ever given her a front door key but she didn’t think so, and frankly neither did I. No one ever comes in my front door because it’s easier to park in the back, so all the spare keys I’ve given were always for the back door.

I dialed 411 from my cell and got the number for the one 24 hour locksmith service that covered my area. While I was on the phone I got a “vibe” that made me hesitate. It could have been because the locksmith seemed all too eager to leave his home at 11 pm, or that he said he only took cash, or it might have been his accent I didn’t trust; I wasn’t sure. All I knew was that I felt uneasy.

Your intuition never fails unless you choose to ignore it

I told him I’d call him back and hung up. I needed a moment to think. It crossed my mind to call my mother, but I didn’t want to upset her, besides she wouldn’t have a key to my front door either. Nobody did.

I decided I had no choice but to call him back. I still didn’t feel right about him though. When I asked how much it would cost he said $55 plus the lock, so I agreed. I sat in the car with the heat on and chatted with my sister while I waited for him to arrive. I rationalized that it would all be fine. What was I supposed to do? Even if I stayed over at my sister’s I’d still need a locksmith tomorrow. Better to do it now and be done with it, I thought.

Twenty minutes later he showed up and seemed to be a very nice. He drilled my lock and opened the door. While he installed the new lock I went to get my checkbook. He was done in a few minutes and came inside to write out the bill. I was figuring it would cost maybe $100 to $150.00, so when he said it was going to be $650.00 my stomach dropped out.

“Are you kidding me?” I screamed. For $650 I could have replaced the entire door.

He looked at me and agreed that it was pretty high. “Look,” he said in a whisper, “between you and me my boss doesn’t have to know I was here. You know what I mean?”

I eyed him suspiciously.

Backed into a corner

For a moment I thought about telling him to take the lock out and leave, but then I realized I’d have an unlocked door with big hole where the doorknob had been. How was I supposed to sleep like that?

Well, we went back and forth until we settled on a more reasonable number but it was still highway robbery as far as I was concerned. I wrote the check out, but I was fuming. I couldn’t wait for him to get out of my house.

As much as I was angry with this man for taking advantage of me – I was even angrier with myself. I could have easily removed the wood jamming the back door closed and none of this would have been a problem, but instead I ignored that little voice that had been trying to warn me. Now I was paying the price.

To make matters worse the next day my mother told me that she did in fact have a front door key to my house! If only I’d called her.

I learned a very expensive lesson that night – and I don’t want you or anyone else to make the same mistake.

So, here’s the only tip you’ll ever need:

1. Do not EVER – under any circumstances – ignore that little voice in your head. It could cost you a bundle. Did I make that clear enough?

Has ignoring your intuition ever gotten you hot water? Share your story. It could be very helpful to other readers.

Read Rosemarie’s experience about what happened when she ignored her intuition.

Having Trouble Remembering your Dreams?
Do You Speak Intuition? How to Crack The Intuition Code