I have not failed. I’ve just found 10,000 ways that won’t work. Thomas Edison

Many successful people have failed while attempting to achieve their goals. 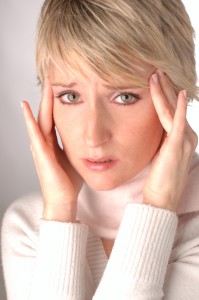 Actually, some of the most successful people on the planet have failed spectacularly! Did you know that Milton Hershey of the famed Hershey’s chocolates was fired from his first job as a printer, then went on to start and lose three candy companies and file for personal bankruptcy before finally starting the company that he became famous for? Can you imagine starting three companies that all failed?

Steven Jobs, the creator of the Apple computer began his career in his parent’s garage. Within a decade he’d built up a 2 billion dollar company. At age thirty Jobs joined the ranks of the unemployed when his own board of directors fired him. He went on to found another successful venture, Pixar, a company that creates animation for films such as Finding Nemo. He didn’t wallow in self pity after being fired. Oh, and by the way his old company Apple came back groveling twelve years later and hired him back. Can anybody say IPhone and Ipad?

J.K. Rowling, the mega successful author of the Harry Potter series, was rejected by twelve different publishers before she found one to accept her manuscript. Even after agreeing to publish her first novel, they advised her to keep her day job. It seems no one had any faith in J.K. – but J.K. herself.

Even Stephen King‘s first novel, Carrie was rejected by more than a dozen publishers before he was offered a contract. Did he give up and say I guess I’m not a writer? No.

Simon Cowell, the now hugely successful record and television producer of American Idol and other international talent shows, was forced to move back in with his parents in 1989 due to crushing debts he’d amassed when the record company he worked for had financial difficulties. He recovered from this setback and pursued his dream and his successful results are now broadcast around the world.

Two years ago I was privileged to interview entrepreneur, A.J.Khubani for a magazine I contributed to. Khubani is a fascinating business man whose company, Telebrands Corp, markets products with the red AS SEEN ON TV label, such as the PedEgg, the StickUp Bulb, and the GoDuster just to name a few. Khubani started his business right out of college with a few thousand dollars and it was NOT an overnight success. Over the years he had numerous product failures that cost him a bundle, and faced crippling lawsuits over patent infringement, but he never gave up and Telebrands came back even bigger and more profitable.

Twenty-five years later his company is worth $100 million. The most interesting part of our interview though was when he spoke of failing and almost losing his business, and his home in 2000. He responded that failure and challenging times help us to mature. He also said that if he had a chance he wouldn’t change a thing in his life; that’s now much he valued the experience of failing because of what he learned from it.

Successful people don’t allow failure to deter them from pressing on.

They have a vision for their lives, and use their failures as a lesson and stepping stone to get them to their goal. They don’t give up. If you want to succeed you have to be unshakeable, unquakeable, and unsinkable and say to yourself: Failure is not the end. It’s the beginning. I can and I will try again.

(Here’s a short video on some of the famous people who’ve failed. Click on the link.) Famous People Who’ve Failed

I’m not trying to make light of failure. In fact, I was inspired to write this article because too many people close to me are facing enormous challenges in their lives due failing or losing a job. Of course it’s devastating to fail. There’s the huge emotional tsunami one has to survive beside dealing with the potential realities like financial ruin, homelessness, putting food on the table, etc. The point I’m trying to make though is that we do and can go on. It might not be pretty for a while, or even a long time, but as long as you have breath in your body you have a chance to try again and to use all that you’ve learned from your failure to regain your footing and come back even better and happier in the second go round.

Fellow blogger, Dragos Roua, from his blog of the same name said it so well when he wrote in is superb article titled, “The Six Stages of  Failure”:

You learn by doing. You see what you did wrong, when and how, and start to fix it. It’s like a DIY session, only it’s for the entire Universe. You broke something in your reality but now you know exactly how you did it. It’s like you have a map on how to re-assemble the pieces, so you pick your tools and start fixing that stuff.

If you have a dream declare it boldly! Don’t be afraid of what anyone thinks or says to you. Many new ideas aren’t accepted at first. Just think of how many people must have laughed at the Wright brothers before they designed a plane that actually could fly.

Create a plan to achieve your goal and begin working it. Even if you’re first few attempts backfire – keep going. Remember, the people who dare to laugh are the ones most afraid of failure.

So, don’t cower in the corner fearing failure – go for it. And, remember if you fail or if you’ve been fired you’re in great company. And, after realizing your in great company, pick yourself up, dust yourself off and get back in there.

The  real meaning of success is not about fame and fortune. It’s what you learn on the journey getting there – particularly from your failures.

I’ve failed – and been fired from my first job. I’ve also left the finance industry and come back to the safety net of a “job” numerous times because my attempts in other industries haven’t worked out. But, I’m not giving up. Today is a new day – and another chance to try again. I’ve learned that failing is not the end of the world. I’ve also learned how important it is to plan and take small calculated steps toward your goals instead of jumping off a cliff all at once, and that’s what I’m doing now. Sometime soon, I will be self-employed writing/blogging, teaching others how to develop their intuition and extra sensory perception and doing intuitive and mediumistic consulting. Baby steps do lead to great strides.

What about you? Have you ever failed? What did you learn from it?