Intuition: You Don’t Have to Scare The **** Out of Yourself! 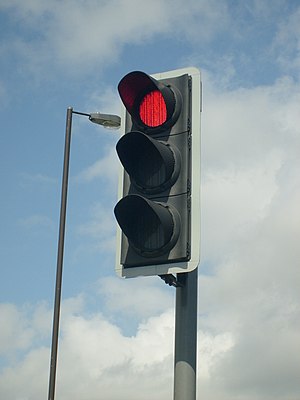 Have you ever been convinced something terrible was going to happen?

Were you sure that your kid, or partner was going to be in a horrific traffic accident?

Were you able to think of nothing else and replayed the scenario over and over in your mind?

If so, you were having a “fearful daydream.”

In a recent post, titled Intuition: Will We Ever Learn How it Works?, I asked readers if they’d ever had any premonitions and several of you commented that you weren’t sure.

Many said that it was because they weren’t able to tell the difference between a “fearful daydream” and a premonition.

The confusion was mentioned several times, so here are some pointers on telling the difference between the two.

Premonitions are when we know something is going to happen for no apparent, or conscious reason. We have no knowledge that was given to us about this event – we just know that we know.

In a premonition the information is not something we’ve consciously been dwelling on, as in the case of a fear that your teenage child will get into an accident – that’s a fear we’re aware of.

A premonition APPEARS in the mind – whole and complete. Again, it’s not something you were thinking about. It’s an awareness of an event that was PLACED in the mind – but NOT by you.

In the case of a daydream you already have a fear that something may happen. This fear plays over and over again in your mind making you think it may just be a premonition. After a while you convince yourself it’s true.

In the example I mentioned about the fear your teenage child might get into an accident; if it were a true premonition the finality and the knowing that comes with a premonition would strike suddenly, and you’d just KNOW that this accident had occurred. You wouldn’t have to convince yourself it was true.

It can also feel like a gnawing in the stomach, or butterflies, or a nervousness regarding the issue that doesn’t subside until the event occurs.  In this case, your body knows it’s true and reacts. This is hard to duplicate with a fearful daydream. You might feel very upset but it wouldn’t manifest with the same physical symptoms.

For example, I wrote about the dream I had that told me my father was going to pass away in a post titled, Deciphering Dreams: Is it A Warning, or Intuitive Guidance? (Dreams are the subconscious form of premonitions and we call them precognitive dreams.)

I had this dream 3 months before my father died and while he was perfectly healthy. There was no reason to suspect he’d die so soon. After I awoke I “knew” I was going to lose my father. My first thought was – this is the year I’m going to lose my father. I didn’t want it to be true, but I knew no matter how much I tried to convince myself otherwise (and I did) or how healthy he was at the time of the dream that it was going to happen that year.

Around the time of 9/ll many people had premonitions about something happening. Many were premonitions like mine (I describe this in my previous post) that were non-specific. The common thing about all premonitions is that they come out of the blue. I wasn’t thinking about plane crashes when I began hearing plane crash sounds in my head.

The next time you work yourself up into a tizzy and worry that you’re not sure if you’ve had a premonition or fearful daydream try this:

1. Go sit somewhere quiet where you can relax. Close your eyes and take in some very deep breaths – make sure your stomach balloons out. Hold for a second or two then release. Do this until you feel calmer.

2. See in your mind’s eye a screen – like a movie screen at the theater. It’s white and rectangular and blank.

4. Now relax again, breathe some more. Be comfortable and when you’re ready ask yourself: Am I having a premonition of something that’s going to happen?

5. Focus on seeing the traffic light. It may come very very fast. Or you may just see a green or red color. Be aware it may come as a voice too. You may hear “yes” or feel “no.” It can very subtle so be on high alert.

What did you see? Was it a red light or a green light? If it was a red light allow yourself to relax knowing that you don’t have to be scared any longer. It was just your fears creating a scenario that isn’t going to happen.

Intuition: Will We Ever Learn how It Works?
Who Inspires You?